Last week, the journal Nature published a report by U.S. Secretary of Energy Steven Chu and former director of Advanced Research Projects Agency-Energy (ARPA-E) Arun Majumdar discussing clean energy sources and their potential role in the energy system. Their article, “Opportunities and Challenges for a Sustainable Energy Future,” explains how these energy sources may transform the electricity generation and transportation sectors to reduce our carbon footprint as well as wean the U.S. off of foreign energy sources. 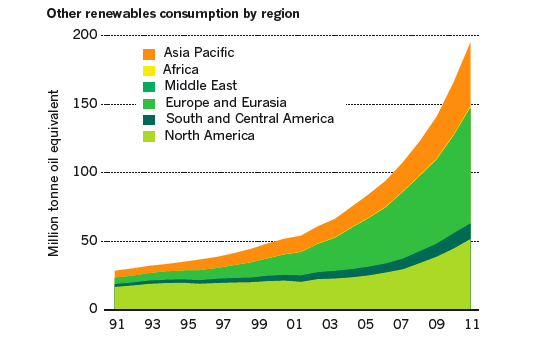 Prior to his appointment as U.S. Secretary of Energy in 2009, Chu was known for his research with Bell Labs, which earned him a Nobel Prize in Physics in 1997. After receiving the prize, Chu became a professor of physics and biology at University of California, Berkeley and director of Lawrence Berkeley National Laboratory. Since joining LBNL, he has overseen the research and development of renewable energy and energy efficiency technologies.

Majumdar was appointed the first director of the Department of Energy’s ARPA-E in 2009. ARPA-E was established to fund innovative and high-risk projects that aim to develop technologies that will increase U.S. energy security, minimize fossil fuel dependence, and improve energy efficiency. Before accepting this position with ARPA-E , Majumdar led the Environmental Energy Technologies Division at Lawrence Berkeley National Laboratory and was a professor of mechanical engineering at the University of California, Berkeley.

Chu and Majumdar argue that these alternative energy sources have great potential to replace fossil fuel sources in the upcoming years, but much work must be done by the private sector and the government to make this transition possible: “Eighty per cent penetration of renewable energy in the United States is possible by 2050, but to achieve even half this goal, a transformation of the electricity sys¬tem on the basis of technology advances and new operating procedures, business models and regulatory approaches is required.” Regarding the private sector, the article recommends increased “engagement of the scientific, financial and public-policy communities, as well as the general public” to make the switch to “affordable, accessible, and sustainable energy that will power economic growth, increase energy security and mitigate the risks of climate change.” As for the public sector, “government policies are needed to stimu¬late invention, innovation, and align the market forces.” This means that they must “begin to include the full cost of the various sources of energy more directly into their market prices.”

Chu and Majumdar claim that the transition to clean energy must involve quick, large-scale change in the U.S. energy sector. Based on their research, they predict that “the timescale of change will be roughly half a century.” They insist that “if we are to mitigate climate risks in a timely manner, the speed of the adoption of clean-energy technologies at a widely-deployed commercial scale has to be accelerated.” They believe this is the only way the U.S. will be able to establish a secure, safe, and sustainable energy future.