China’s commitment to peak emissions before 2030 and achieve carbon neutrality by 2060 has raised the country’s climate ambition to an all-time high, prompting development of new national, sectoral, and local action plans. But more work must be done by the world’s largest source of greenhouse gas emissions to implement effective policies that hasten decarbonization. The United States-China agreement to work together on accelerating decarbonization in the 2020s will be an instrumental avenue to boosting cooperation and achieving the Paris Agreement’s goal of limiting warming to 1.5 degrees Celsius. 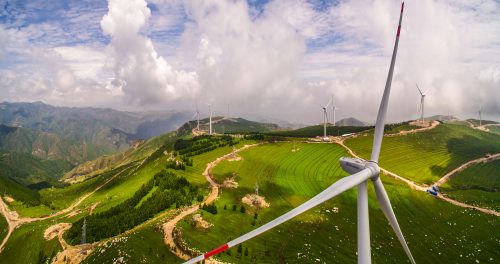 China is also rapidly urbanizing, with major repercussions for the global climate and human health. By 2030, one billion people—one out of every eight humans on Earth—will reside in China’s urban centers, so it’s imperative the nation designs low-carbon and sustainable cities. 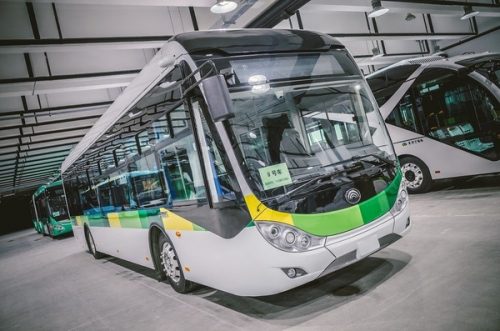 Although China has managed urbanization better than other developing countries, many cities feature wide arterial roads and large neighborhood blocks, making personal vehicles the only reasonable form of transportation. This car-based development pattern has created dangerous air pollution and crippling traffic congestion. The good news is that exciting models of sustainable cities have emerged in China, reinforced by strong signals from Chinese leadership.

A “Four Zeros” strategy of a zero-carbon grid, zero-emission vehicles, zero net-energy buildings, and zero-waste manufacturing guides our work in China. In each of these four sectors, Energy Innovation’s China Program collaborates with other program teams and partners to provide technical support to the nation’s policymakers. For example, the China Program collaborates with EI’s Modeling and Analysis Program to develop national and local China EPS models to support policy development. In addition, we provided policy recommendations on China’s 14th Five-Year Plan, national emissions trading system, and power system decarbonization plans. 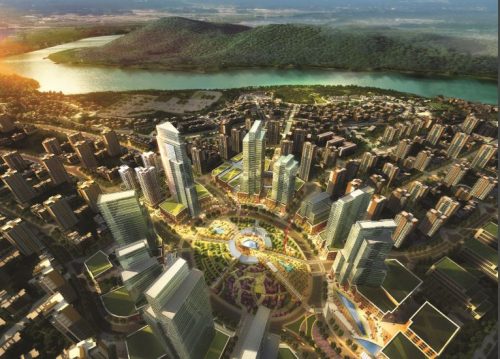 We also focus on developing low-carbon, livable cities using the principles from our book Emerald Cities: Planning for Smart and Green China, the first comprehensive manual detailing green building and sustainability practices for low-carbon city planning and construction. Our team works to design urban systems properly from the outset by equipping planners, mayors, developers, and other decision-makers with the tools needed to build cities that are livable, sustainable, and prosperous. At least a dozen new Chinese city developments have followed the principles, and they were applied to Shanghai’s new 45-kilometer car-free corridor that provides an avenue for active transport along the Bund waterfront.

Our team maintains direct communications with government officials and works closely with Energy Foundation China as well as other key partners, including the Beijing City Lab, Institute for Transportation and Development Policy, and Calthorpe and Associates.

Industrial sector decarbonization is critical to achieve a livable climate future. Activities like manufacturing and construction generate roughly a third of global greenhouse gas emissions when including emissions from electricity and heat purchased by industry – more than any other economic sector. Fortunately, a combination of promising technologies and well-designed policy now make it possible to achieve a net zero industrial sector globally by 2050-2070.