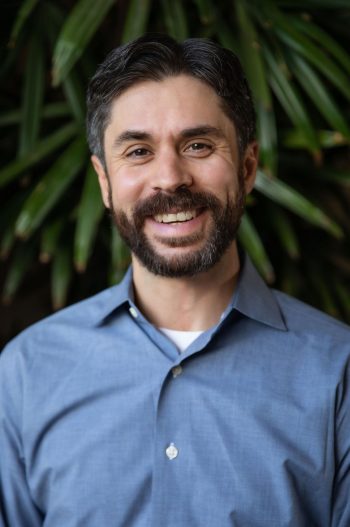 Silvio Marcacci is Energy Innovation’s Communications Director, where he leads media relations as well as communications outreach and message strategy, supporting all of the firm’s policy programs. Silvio has more than 15 years’ experience in media relations and communications, and has been a bylined columnist at media outlets including Forbes, Morning Consult, The Hill, and Utility Dive.

Prior to joining Energy Innovation, Silvio was founder and principal of Marcacci Communications, a public relations company that specialized in promoting clean energy and climate change policy, from 2012-2017. In this role he developed comprehensive communications plans, secured top-tier print and broadcast media coverage, and led video and infographic production for multiple clients.

Additional communications experience includes serving as director of public relations for energyNOW!, a television show covering energy and climate issues on Bloomberg TV where he helped build an audience of several hundred thousand broadcast and online viewers per month, negotiated promotional partnerships with other news outlets, produced and edited scores of news segments and video interviews, and secured show coverage in national outlets. Silvio began his public relations career in the Washington, D.C. office of international public relations firm Fleishman-Hillard, where he managed multiple award-winning campaigns for clients in the energy and sustainability industries.

Silvio started his career in New Jersey government and Democratic politics, including serving as constituent relations director in the governor’s office, spokesperson for the Mercer County executive, and as field director for several statewide and local campaigns. He graduated with honors from Rutgers University with a dual B.S. in history and political science.

The World's Three Largest Economies Go All-In On Heat Pumps: How Policy Can Cut Gas Use And Energy Bills

The Inflation Reduction Act Is The Most Important Climate Legislation In U.S. History

So Much For Coal's Rebound-- Plant Closures Come Roaring Back. It's Time To Unlock A Just Transition.

Colorado Closer To Meeting Emission-Reduction Goals With 2021 Legislation, But Still Not There

Climate Action At Speed And Scale For Net-Zero By 2050: Q&A With Venture Capitalist John Doerr

Opinion: Colorado Has A Strong Vision For Electric Vehicles. It Needs Stronger Policies To Achieve That Vision

America’s Costs Of Delay On Climate Change: $3.5 Trillion From Another Decade of Inaction

Building Decarbonization Cuts Pollution And Boosts The Economy. Here’s How State Regulators Can Accelerate Both

What Will It Take to Clean Up the Electric Grid?

Argentina May Be the Hottest Renewable Energy Market You Haven’t Heard Of. Can It Spur a Global Boom?

The Coal Cost Crossover: 74% Of US Coal Plants Now More Expensive Than New Renewables, 86% By 2025

As Extreme Weather Forces Coal to Falter, Where Will Resilience Come From?

Closing Colorado Coal Would Save $2.5 Billion. A New Proposal Could Unlock The Coal-To-Clean Shift.

We Have A Decade To Prevent Dangerous Climate Change: These 10 Policies Can Limit Warming To 2°C

Ford’s Energy Plan Could Be More Pain Than Gain

Electric Buses Can Save America's Local Governments Billions: China's Showing Us How It's Done

Turns Out, Silvio Marcacci May Be On To Something (About 320 GW Of Untapped Solar Potential)

Google And Apple Lead The Corporate Charge Toward 100% Renewable Energy

Wind and Solar Costs Continue to Drop Below Fossil Fuels. What Barriers Remain for a Low-Carbon Grid?

Levelized Cost Of Energy For Wind And Solar Continue To Drop Below Fossil Fuels. What Barriers Remain For A Low-Carbon Grid?

Charging An Electric Vehicle Is Far Cleaner Than Driving On Gasoline, Everywhere In America

India Coal Power Is About To Crash: 65% Of Existing Coal Costs More Than New Wind And Solar

Utilities Closed Dozens of Coal Plants In 2017. Here Are The Six Most Important.

"Coal strikes out" versus cheap renewables, but winning on climate may require a policy pinch hitter

Forbes
We use cookies to provide social media features, analyze our traffic, assist you with contacting us, and help improve your user experience on our website. By clicking “OK” you consent to the use of these types of cookies. However, some system cookies that are needed for this website to work properly have already been set. Learn more in our Privacy Policy.