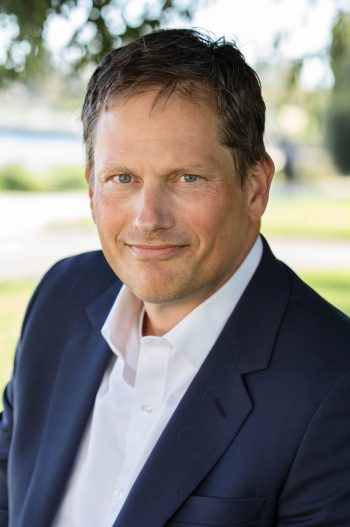 Chris Busch is Director, Transportation and Senior Economist at Energy Innovation, where he leads the firm’s Transportation Program and provides evidenced-based reasons for optimism in the battle against climate change.

Chris works to illuminate the growing economic upsides from policies accelerating transportation decarbonization as one reason to aim for 100 percent all-electric new car sales as quickly as possible. Motor vehicle emissions, which account for about 75 percent of all transport sector emissions, are an attractive policy target due to battery innovation and fast-falling prices. As Senior Economist, he leads the firm’s carbon market analysis for regions including California and China.

Chris previously served as EI’s California lead, analyzing causes of the state’s success in pioneering decarbonized prosperity and providing insights from its policy leadership to replicate this success in other states and around the globe. His 2017 and 2018 research on California’s cap-and-trade program accurately predicted the buildup of excess tradeable permits. More recently, Chris led development of the California Energy Policy Simulator to strengthen policies in all major sectors, accelerating decarbonization while delivering social and economic benefits worth tens of billions.

Before EI, Chris was Policy Director for the BlueGreen Alliance, where he testified before the U.S. House Energy and Commerce Committee’s Power and Energy Subcommittee. He also served as Climate Economist for the Union of Concerned Scientists, where he was appointed to California’s Economic and Technology Advancement Advisory Committee. Prior to that, Chris worked as a Senior Research Associate in the International Energy Studies Group at Lawrence Berkeley National Laboratory.

Chris holds a Ph.D. in environmental economics and a Master of Public Policy from the University of California, Berkeley; he has been quoted in major publications such as the Los Angeles Times, New York Times, and Wall Street Journal, and he has published in peer-reviewed journals such as Energy Policy, Land Economics, and the Electricity Journal.

Closing The Emissions Gap Between The IRA And 2030 NDC: Policies To Meet The Moment

China's Emission Trading System Will Be The World's Biggest Climate Policy. Here's What Comes Next

State At Risk Of Missing Its Climate Goals, Experts Warn

Electrifying California Cars Could Crush the Grid, Or Save It

California Ushers In An Electrifying New Era In Trucks

Build Electric Truck Infrastructure, And They Will Come, Advocates Say

California Is A Climate Leader. But Here’s Why It Needs To Move Even Faster

California’s A Climate Leader? These Six Proposals Show How Much More We Have To Do

California’s Behind On Its 2030 Climate Goals. What’s At Stake If It Doesn’t Catch Up?

Cap And Trade Is Supposed to Solve Climate Change, But Oil And Gas Company Emissions Are Up

Is A Carbon Tax Part Of The Green New Deal?

Getting To Net Zero In California, For Everything

California Is Cutting Greenhouse Gases, But Not From Cars. Can That Change?

Ontario Ready To Pull Out Of Carbon Market, Leaving California In Limbo

China's All In On Electric Vehicles: Here's How That Will Accelerate Sales In Other Nations.

Checking The Math On Cap And Trade, Some Experts Say It’s Not Adding Up

No One Wins In A War Over Ending Clean Car Policies

Is Cap And Trade The Climate Solution? The Jury's Still Out

No Longer Termed A 'Failure,' California's Cap-And-Trade Program Faces A New Critique: Is It Too Successful?

California’s Climate Fight Gets Harder Soon, And The Big Culprit Is Cars

There's A Glut Of Carbon Allowances. Is That A Big Deal?

California’s Carbon Cap Is Not In Jeopardy, Because It’s Not Really A Cap

Resources for The Future
Article

California Wants More Than 4.2 Million Electric Vehicles By 2030. A New Plan Charts The Road Ahead.

California Cap-And-Trade Auction Sells Out At Record Price, Most Allowances Ever Sold In One Auction

California Considers A Ban On Gasoline And Diesel Car Sales. Can It Work?

Will You End Up Paying More For Gas Under California’s Cap-And-Trade Extension?

Ahead Of The Vote, The Environmental And Fiscal Impacts Of Extending CA’s Cap-And-Trade

California's Cap-And-Trade Compromise Is A Big Step Forward, Not A Win For Polluters

Cities: Making the smart choice for people and businesses

China-California Climate Cooperation: A New Model For States, Nations In The Trump Era

California climate program has struggled. Why the billion-dollar rebound?

The Power Of Fundamentals: Why CA's Carbon Allowance Auction Will Rebound

Demand Falls In First 2017 California-Quebec Cap-and-Trade Auction, But Set To Rise Through 2020

Viewpoint: CCA market set to recover, if it survives

California Cap-and-Trade: A Success in Disguise

The goal of cap-and-trade is to fight climate change, not raise tax revenue

California’s Cap and Trade Law Is a Success

Solutions to SF housing, transit problems may be found in Brazil

Cities: Making the smart choice for people and businesses

A Mobility Plan in Los Angeles

Cities for People: Insights from the Data

Cutting California Emissions by 40 Percent: A Blueprint for Climate Leadership

在城市规划中掘金 (The Profit Potential of Getting the Urban Fabric Right)

Cities for People in Practice

The Mystery of the Missing Methane

The Mystery of the Missing Methane

China Must Avoid Overreliance on Cars

Getting Cities Right in China

Banner Quarter For Cap-And-Trade Program, After Lawmakers Extend It

Capitol Public Radio
We use cookies to provide social media features, analyze our traffic, assist you with contacting us, and help improve your user experience on our website. By clicking “OK” you consent to the use of these types of cookies. However, some system cookies that are needed for this website to work properly have already been set. Learn more in our Privacy Policy.