Media reports indicate the Trump Administration could declare war on clean cars as soon as this week by freezing existing federal fuel economy standards and eliminating California’s ability to set its own tailpipe emissions standards (which 13 other states plus Washington, D.C. have adopted).

These moves would constitute grievous harm to the environment, public health, and the U.S. economy – but how much?

New modeling by Energy Innovation, using our Energy Policy Simulator, predicts the effects of a clean car rollback. Our research predicts that freezing these standards would cost the U.S. economy more than $450 billion in costs through 2050.

The model shows that in the first few years after freezing fuel economy standards, the rollback would create small financial gains, because it is less expensive to build cheaper, less efficient cars.  However, these gains are quickly swamped by increased fuel expenses that grow each year, as more and more years of fuel savings are relinquished, reaching a cumulative $457 billion by 2050 (in real 2018 U.S. dollars, discounted at three percent annually). California has vowed to fight any rollback in court, and if it prevails, the fuel economy freeze would only affect 65 percent of the market, lowering the costs of the proposal to $274 billion. 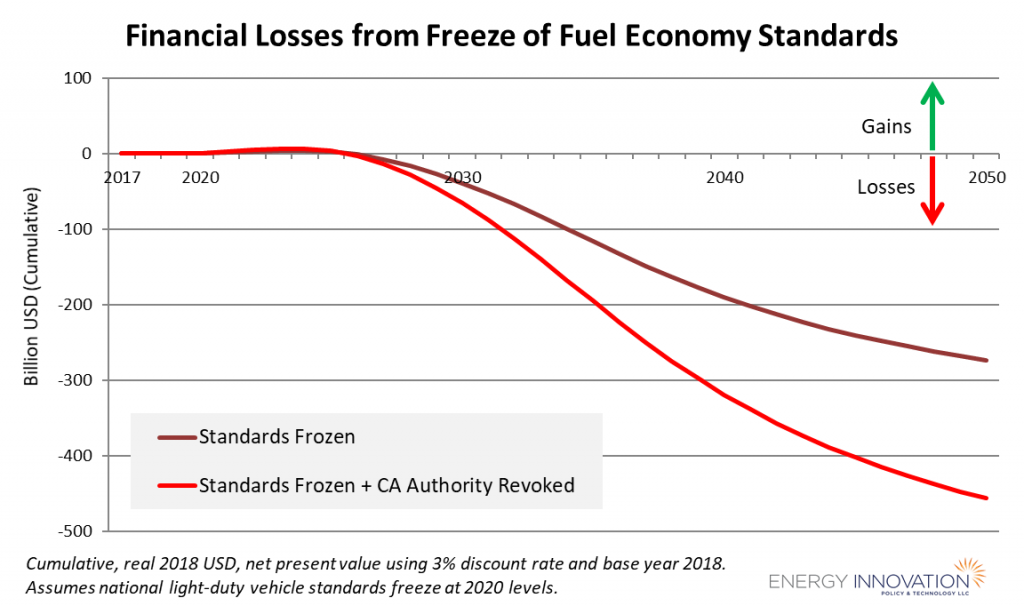 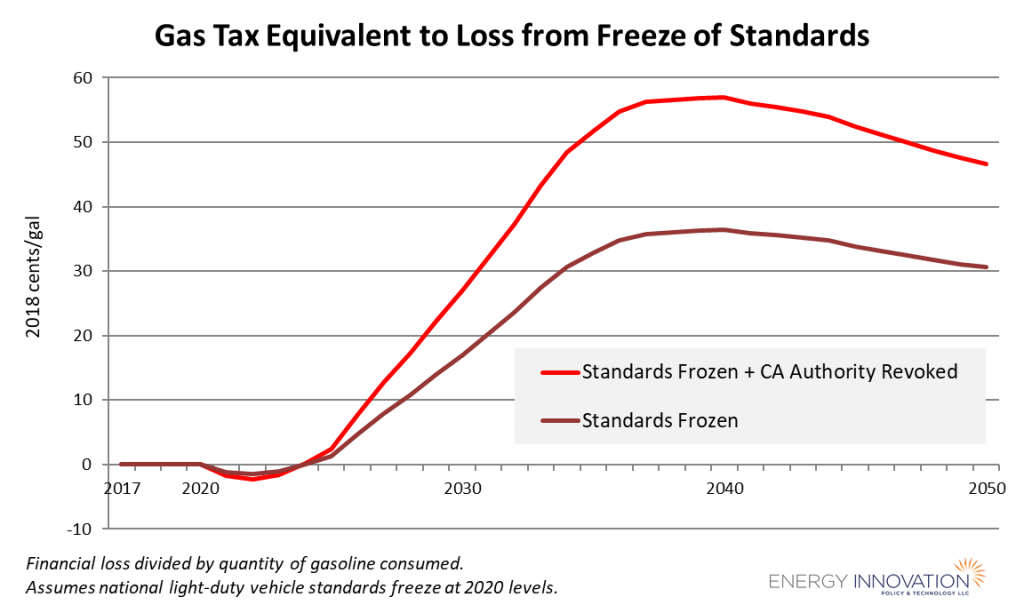 In 2035, under current policy, transportation sector emissions are projected to be 1,293 million metric tons (MMT) of carbon dioxide equivalent (CO2e).  With the fuel economy standards frozen, that year’s emissions would total 1,432 MMT, an 11 percent increase.  Without revoking California’s authority, 2035 emissions would total 1,378 MMT, an increase of 7 percent. 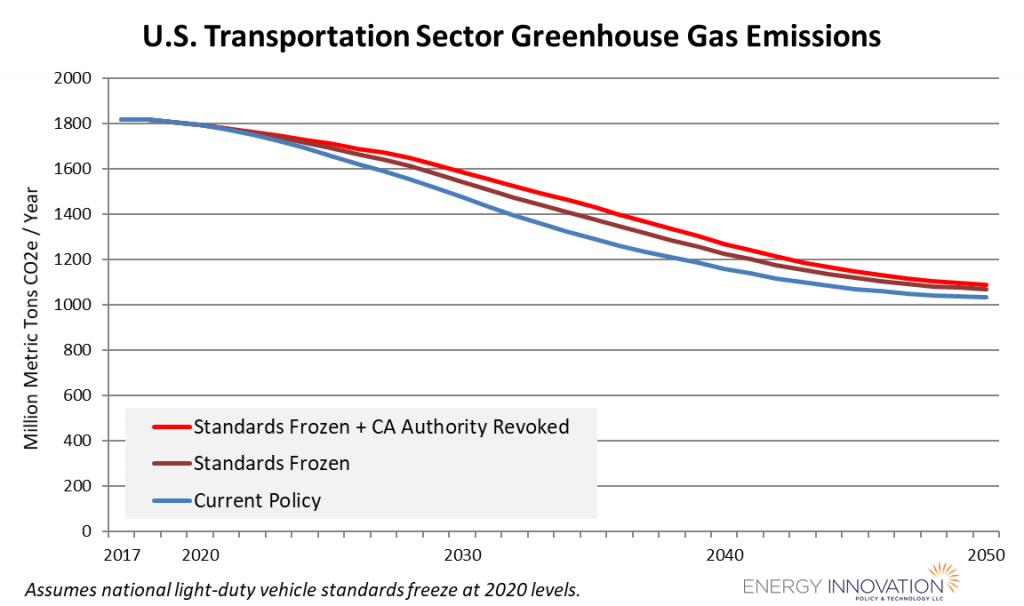 Freezing federal fuel economy standards will harm U.S. consumers, who will pay more money to drive their cars the same distance, and who will suffer from additional death and disease caused by pollution.  It will harm businesses that rely on light-duty vehicles, such as taxi, food delivery, and ride-sharing services.  It will worsen global warming and reduce U.S. energy security.  It may lead to a court battle with California and fragment the U.S. automobile market, increasing costs to automakers.  It will reduce the competitiveness of U.S. automakers, who oppose freezing the standards.

The only winners are the oil companies, who stand to sell more gasoline.

Subscribe to our e-mail newsletter to have the latest Insights and Updates from Hal Harvey delivered to your inbox.
« Trending Topics – Saving Time, Money, And The Environment With Smart Power Line Planning Trending Topics – Proactive Support For Coal And Nuclear Plant Communities  »
We use cookies to provide social media features, analyze our traffic, assist you with contacting us, and help improve your user experience on our website. By clicking “OK” you consent to the use of these types of cookies. However, some system cookies that are needed for this website to work properly have already been set. Learn more in our Privacy Policy.