There is no way to seriously study climate change without having a very sobering moment. It is extremely difficult to land this planet at a reasonable climate future, but it is not impossible, and solutions exist to meet the challenge. The parallel truths are that the stakes are higher—far higher—than most realize, and that delay makes solutions impossible.

Climate change is a problem of stocks, not flows. Like a bathtub, where water levels continue rising as long as more water flows in than drains out, even a dramatic reduction in CO2 emissions will not reduce concentrations as long as emissions outpace removals. 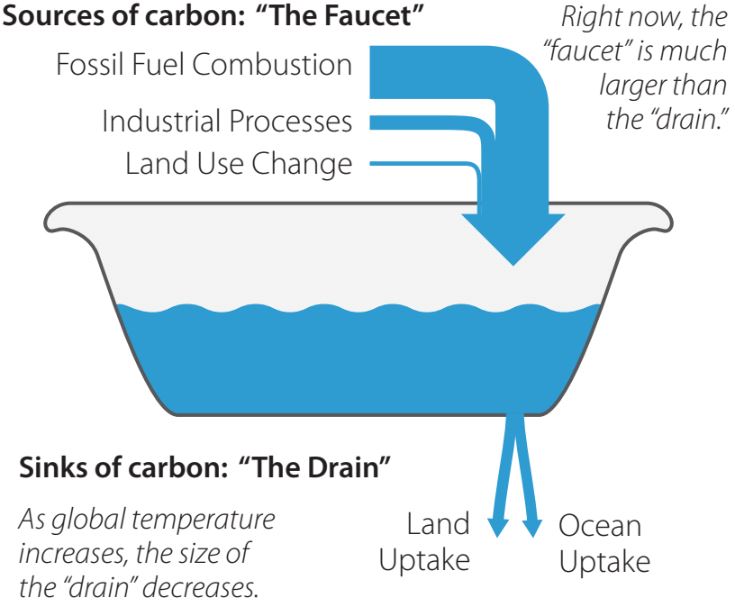 A word on the stakes, before jumping into solutions. Both natural and human systems can go non-linear—that is, early changes can unleash massive further change. Some scary and then encouraging examples:

Our habitat and agriculture rely on massive conveyor belts of water currents that mitigate temperature extremes. One of these planetary heat-movers, the North Atlantic Current, is the reason most of Europe is habitable, even at its northern latitudes.  For proof, look at a globe, and see just how far north temperate parts of England and the Scandinavian countries are, compared to, say, Canada.

These oceanic water flows can stop if they get too much cold water in them—see the ice-melt bullet, above. The last time they stopped, Europe was under a mile of ice—and the North Atlantic Current’s circulation is the weakest it’s been in 1,600 years.

Human systems can go non-linear too:

So the presiding question is: Can the fast solutions beat out the fast problems? The answer is a matter of choice, not fate. With the right choices, we can still have a reasonable climate future.

But we have no time for false starts, for chimerical solutions, or for ideas and technologies that cannot scale. In other words, well-meaning but slow, or small, or costly solutions are actually counter-productive, as they absorb time, money, and political attention without delivering the goods.

Our team at Energy Innovation has developed the Energy Policy Simulator (EPS), a peer-reviewed tool to test different policy paths, with an eye to objectively understanding their impact on emissions and other metrics of concern to policymakers.

The goal is simple: Divine the best policies, country-by-country, to avoid climate change—and at the same time, reduce conventional pollutants and to save money. The EPS model starts with a business-as-usual projection for each country, based on official government data where available, then empowers users to pick from hundreds of policies and test their combined ability to reduce CO2 emissions, instantly showing the results on emissions, costs, and so on.

The free and open-source model is available on the web, in an easy interface. Anyone can download the model and input data, then review or alter the workings of the model and input data. When you experiment with it, you will have some of your assumptions challenged; we certainly did. But you will also learn, in short order, that an intelligent suite of policies can drive down carbon. 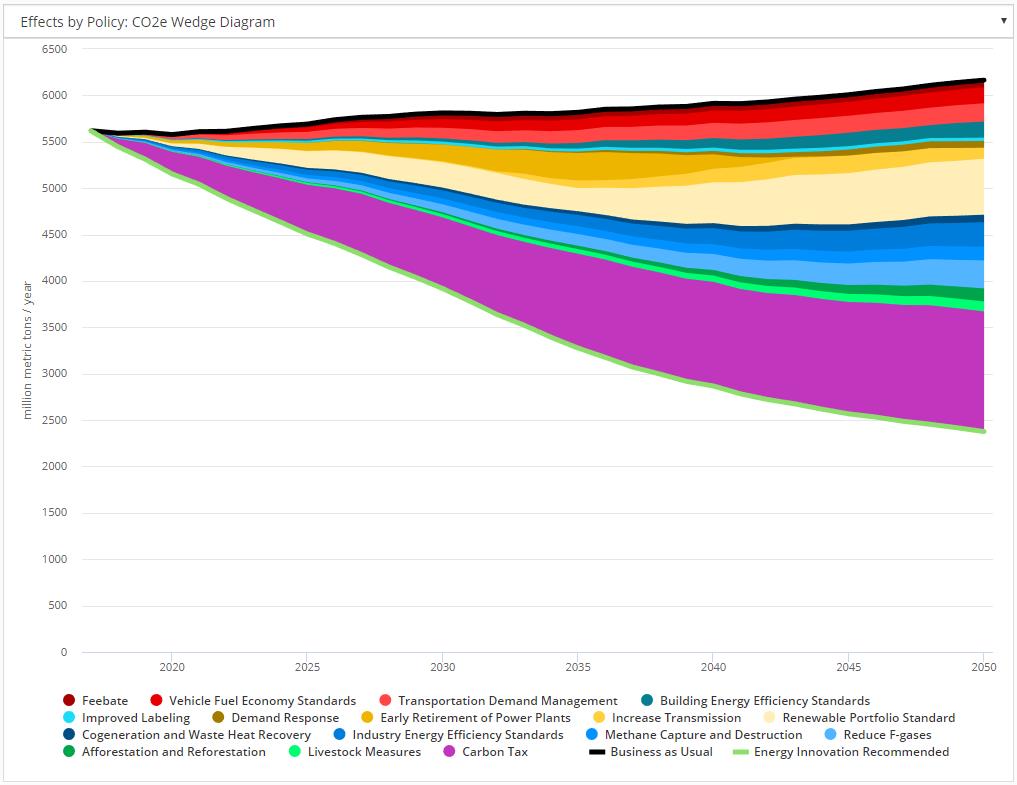 Our first model was built in partnership with two Chinese government think tanks, to learn about the options for the world’s largest carbon emitter. We have since built versions for the United States, Mexico, Poland (Europe’s second-biggest coal consumer), Indonesia, and Canada. We are wrapping up India and California versions now, and we expect to have them online later this year. With the India version, these models will cover more than half the world’s CO2 and span many different country types.

For non-U.S. regions, we have done our work with a strong, credentialed local partner. We have had access to official government data, and have used extensive peer review of the model—by prominent university faculty and researchers at three national labs.

Dig in, test out your favorite policies, see how they do. Pick a country from the list, and try to hit your 2030 or 2050 target. There are paths, grounded in reality, that work, but many more are essentially decorative.  Test the model’s assumptions, and suggest improvements. But, most important, use this and other information to focus on what matters and what works.

Subscribe to our e-mail newsletter to have the latest Insights and Updates from Hal Harvey delivered to your inbox.
« Trending Topics – The Power Market Fix We’ve Been Waiting For DOE Coal, Nuclear Bailout Proposal “Threatens To Undermine Very Foundation of Competitive Electricity Markets” »
We use cookies to provide social media features, analyze our traffic, assist you with contacting us, and help improve your user experience on our website. By clicking “OK” you consent to the use of these types of cookies. However, some system cookies that are needed for this website to work properly have already been set. Learn more in our Privacy Policy.