Last week, China’s State Council and the Communist Party’s Central Committee released a new set of guidelines (English coverage) for strengthening urban planning and development.  These guidelines were borne out of recommendations from the Central Urban Work Conference this past December reflecting the nation’s new emphasis on urban sustainability.  The last such meeting was held in 1978 when China’s cities were home to less than 20 percent of its population.  By contrast, that number today is 57 percent.

This announcement represents a major step forward for urban development in China. For the past few decades, city planning was based on a car-dependent, Soviet model dominated by superblocks, wide roads, and single-use districts.  By comparison, the new guidelines prioritize walking and public transit options over car use, preserve historical and cultural characteristics, and grow cities only within the means of their natural resources.

In 2008, for the first time in human history, more than half of the global population was living in urban areas and the United Nations predicts two-thirds of the world’s population, about six billion people, will be city dwellers by 2050. As the world’s most populous nation, China’s urban development will set the tone as urban populations continue to grow worldwide.

The comprehensive principles included in China’s new guidelines range widely in scale, covering a city’s entire geographic boundary down to its streets, blocks, and buildings. They also offer guidance on municipal water, waste, and energy systems, which are important at all scales. Below, we elaborate on five of the key principles included in the guidelines: 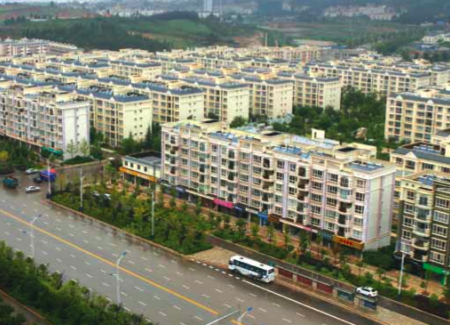 Despite their large populations, Chinese cities are often less dense than they should be, promoting inefficient resource use.  Urban growth boundaries are necessary in this regard to promote compact development and preserve peripheral land for agriculture.  The new guidelines urge implementing urban growth boundaries based on the ecological “carrying capacity” of the region and prioritizing regeneration and redevelopment in existing urban space.  To enforce this commitment to space preservation, the new guidelines call for use of remote sensing technology to ensure that existing growth boundaries are enforced.

The new guidelines specify all residents have improved access to public amenities, particularly public green space.  Ideally, all residents will have access to public green space, entailing construction of new public squares, parks, pedestrian paths, and other public spaces encouraging cultural and physical activities while fostering a greater sense of community.  Under this effort any illegally occupied public space would be reallocated back to public use. 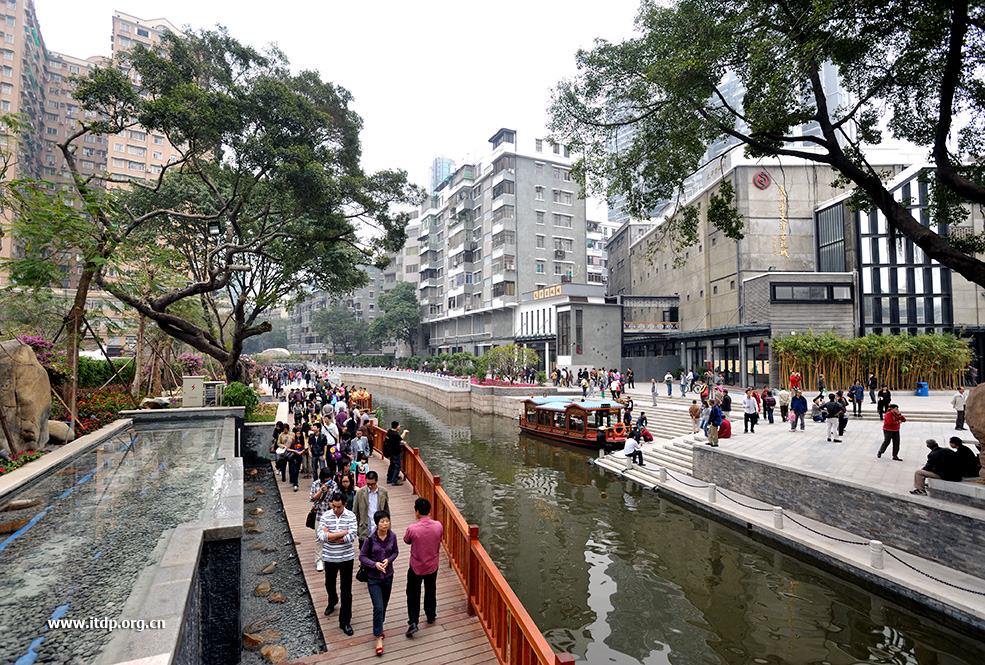 In an effort to expand public space, China’s new guidelines also urge opening up existing gated communities, sparking a fierce debate between gated community dwellers and the government.  In recent years, China’s gated communities have gained in popularity due to their perceived safety (though there is no conclusive evidence gated communities are safer than open neighborhoods) and privacy, at the expense of their contribution to traffic congestion and inefficient land consumption.  China’s Supreme Court is currently challenging this policy to open up gated communities, based on the country’s property laws.

4. Increasing use of public transit

Many fear China’s cities, dominated by concrete skyscrapers and colossal commercial centers, are beginning to look and feel like any other generic city.  The new guidelines have an entire section devoted to cultivating city character and call for cities to focus on cultural continuity, preserving old buildings, and revitalizing older urban areas.  Part of this cultural and historical preservation involves the rejection of architecture and design styles blindly replicating large, western, bland features, in favor of integrating  “suitable,” “economical,” “green,” and “aesthetic” characteristics.

Advances in urban work: building on the past

While trailblazing, the central government’s new guidelines resulted from years of work by committed individuals and organizations in China and beyond.  Recently, Energy Innovation teamed up with the Energy Foundation China and China Development Bank Capital (CDBC), the largest sovereign financier of urbanization projects in China, to develop the Green and Smart Urban Development Guidelines to help steer the CDBC’s urbanization investments.  These guidelines are highly aligned with the principles put forth in the State Council’s new urban guidelines.  Each of the green and smart guidelines contains a quantified benchmark to ensure that the results of new urban projects can be measured, preventing greenwashing.  The guidelines were released as a draft for comment in November 2015. 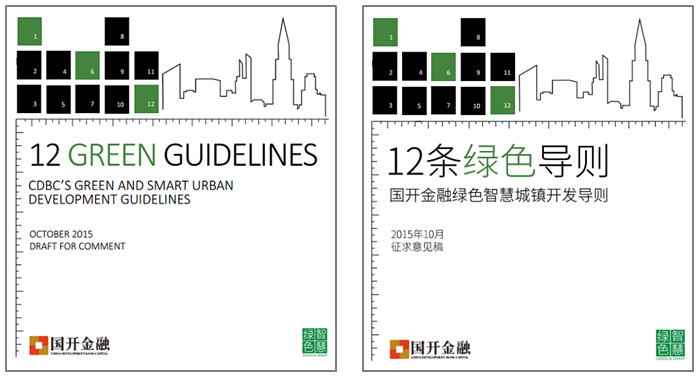 In many ways, Chinese research and projects have been already begun to set the pace for sustainable urban development. China’s National Development and Reform Commission, Ministry of Housing and Urban-Rural Development, and Ministry of Environmental Protection completed extensive research on eco-cities, low-carbon cities, and garden cities.  Peter Calthorpe’s idea of transit-oriented development has been integrated into previous central government policy, and his book with Yang Baojun, one of the foremost urban thinkers in China, was one of the first combining theory and practice in sustainable urban design principles.  The Institute for Transportation and Development Policy helped establish Guangzhou’s BRT system in 2010.  The Paulson Institute’s “Cities of the Future” prize has shaped and defined scalable, bold, and successful projects in urban China.  C40 has recruited some of the most ambitious cities in China to work alongside international cities, creating a mutually beneficial platform to share best practices on sustainable urbanization.

In short, as it takes a village to raise a child, it takes a robust network of visionary thinkers and doers to change a country’s—and indeed the world’s—mindset on urban sustainability.

While China has accomplished a great deal on sustainable urban design, much more work remains.  It is now up to local governments and developers to implement these policies.  Doing this well will take new management structures, financial tools, and talent.

Enter your email address to have updates from Energy Innovation delivered to your inbox.
« Green and Smart (3) – Why Walkability is Critical to Urban Sustainability in China Green and Smart (4) – Chengdu’s Yulin District: A District of Small Blocks »
We use cookies to provide social media features, analyze our traffic, assist you with contacting us, and help improve your user experience on our website. By clicking “OK” you consent to the use of these types of cookies. However, some system cookies that are needed for this website to work properly have already been set. Learn more in our Privacy Policy.