During his inaugural address in early 2015, California Governor Jerry Brown announced a set of clean energy and climate goals to be met by 2030. These broad goals called for 50 percent of electricity to be from renewable sources; a doubling of energy efficiency improvements in existing buildings; and a 50 percent reduction of fossil fuels use by cars and trucks.

For the last several months, Energy Innovation has engaged in policy analysis to provide guidance on how to achieve these goals.  In March 2015, we published three papers:

**Note: since this report’s release, Governor Brown has announced an Executive order to reduce California emissions by 40% below 1990 levels by 2030, which is consistent with the report’s recommended emissions target.

California’s new efforts build on a legacy of leadership in energy and climate policies.  Some key milestones include: in the 1970s, the state was the first to adopt energy performance standards for new buildings and appliances; in 2002, California was one of the first to put in place renewable electricity requirements; in 2004, the state adopted tailpipe emissions standards, and; in 2006, it passed the Global Warming Solutions Act (AB 32), making it the first jurisdiction in the Western Hemisphere to put in place an economy-wide cap on carbon.  These policies have inspired many other states—and countries—to follow suit.

In no small part, California’s leadership has proven effective because the state has demonstrated that environmental quality and economic progress can go hand in hand.  Today, California is the 7th largest economy in the world, having recently surpassed Brazil’s economy.  Since launching its efforts on energy efficiency and clean energy in the 1970s, California’s economy has grown almost threefold; in real terms, after accounting for inflation, California’s economy in 2013 was 297 percent larger than it was in 1977.

Yet more work remains to be done, both to spread the prosperity that is being created in urban centers and to take the state’s clean energy policies to the next level.  State policymakers have launched a new phase of policymaking, determined to prove beyond a shadow of a doubt that economic prosperity and environmental quality can be mutually reinforcing. 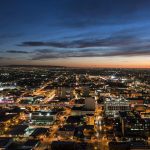 This policy brief highlights the top policies that will enable California to meet its renewable energy, energy efficiency, and transportation fuel use targets in 2030. Policy recommendations in the brief pertain to the state’s cap-and-trade program, electricity sector, transportation sector, and methane sources. 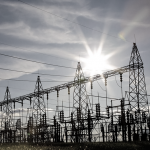 This paper recommends policy initiatives that California can take in order to meet Gov. Brown’s renewable energy, energy efficiency, and transportation fuel use goals for 2030. Recommendations include expansion of the Renewable Portfolio Standard, a carbon standard to decarbonize the electricity supply, and a new energy efficiency performance incentive for utilities. 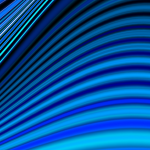 Energy Innovation’s new report on California climate policy argues the state should adopt an ambitious 2030 target of 40% below the 1990 level of greenhouse gas emissions, and describes a method for how to get there. This strong yet achievable goal would get California halfway to its 2050 target in one-third of the time and help the state maintain its clean energy leadership at a time of unprecedented global commitments to fight climate change.