Due to the accelerating cost decline of wind and solar, the combined fuel, maintenance, and other costs of most existing coal-fired power plants are now more expensive than the all-in costs of new wind or solar projects. Today, local wind and solar could replace 80 percent of the U.S. coal fleet at immediate savings to customers. This research provides an update to the 2019 Coal Cost Crossover report, and finds the initial projection that three-fourths of all coal plants would be uneconomic by 2025 was nearly met in 2020, meaning coal is losing the price war to renewables faster than anticipated. 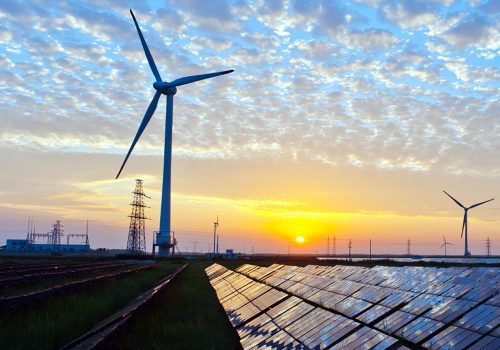 The analysis of U.S. coal plants found 72 percent of existing U.S. coal capacity and 80 percent of existing U.S. coal plants are either more costly to continue operating compared to building new nearby wind or solar plants, or are slated to retire in the next four years. The analysis includes information on public health and climate emissions impacts of the U.S. coal fleet. Our report also provides policy recommendations to accelerate the transition to a cleaner, cheaper grid. 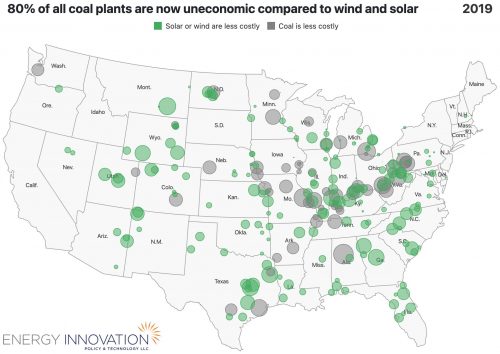 This visual interactive feature allows users to explore the major findings of the Coal Cost Crossover 2.0 report. Users can scroll to view interactive maps showing the specific locations of uneconomic coal plants and the regions where new solar or new wind resources would be cheaper than existing coal. By scrolling down, users can also explore the tremendous public health and climate benefits of retiring all coal in the U.S. 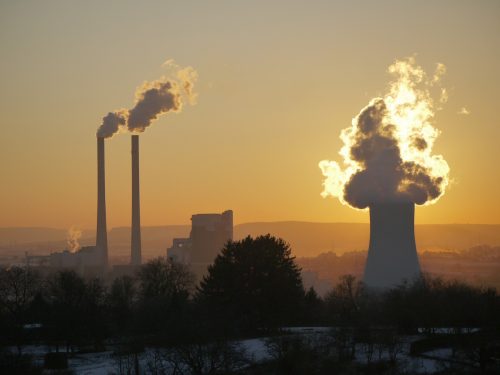 This dataset provides plant-by-plant of the current going-forward costs for all existing U.S. coal-fired power plants, as well as current LCOE data for building new wind and solar projects at a local regional level.

Enter your email address to have updates from Energy Innovation delivered to your inbox.
« 2030 Report: Powering America’s Clean Economy Colorado Energy Policy Simulator Insights: Current Emissions Trajectory, 1.5°C Scenario »
We use cookies to provide social media features, analyze our traffic, assist you with contacting us, and help improve your user experience on our website. By clicking “OK” you consent to the use of these types of cookies. However, some system cookies that are needed for this website to work properly have already been set. Learn more in our Privacy Policy.