**This article was originally published in Chinese by The Paper on December 23, 2015. An English and Chinese version has also been posted on The Paper’s WeChat account.**

China Development Bank Capital, Energy Innovation, and the Energy Foundation have released the Green and Smart Guidelines for Urban Development. We are creating this series to look more closely at issues related to sustainable urban development in China.

It is natural for an idea with great promise to run into some bumps in the road. For green cities in China, this has been the case. There are experts who say that urban planning in China is “immature.” Last year, a government official said at an eco-cities conference, “没啥亮点，真没啥亮点” (“there are no highlights, there just really aren’t”), referring to the last three years of low-carbon city pilot projects. The term “ghost city” and “eco-city” are also often equated with one another in both the Chinese and Western media.

There is a laundry list of reasons for these sentiments. Local governments are no longer making enough money from land sales, so superficially flying the flag of eco-city development can help them obtain subsidies. Building truly green cities can take more time and planning, which developers tend to resist. Many say that eco-cities misplace their focus on infrastructure, rather than an effort to address issues directly related to quality of life – education, healthcare, and other social services. Some also argue that it takes cities a while to mature, and claim that critics are just expecting too much, too soon.

The challenges are substantial. But in terms of green cities, China cannot afford to fail. By 2030, more than one billion Chinese will live in cities. If these cities are rife with air pollution, congestion, and livability issues, China’s economy could be severely stalled.
The endeavor to build green cities is one that China cannot abandon. So what will it take for China to succeed? What are the key benchmarks that can delineate between a good city and a bad city? What are the models that China can look to for inspiration?

In collaboration with China Development Bank Capital and Energy Foundation, these were the main questions we sought to find answers to with the Green & Smart Urban Development Guidelines. For green cities in China to work, local governments, investors, and developers must first agree on the critical elements, and then on the financial, regulatory, and technical tools to execute.

For the Green Guidelines, we identified the 12 most critical elements of green cities in the categories of urban form, transportation, and energy and resources. We see these as “foundational and necessary.” Each of the concepts has deep implications for quality of life, economic development, and environmental health. Many of these critical elements are part of the government discourse on green cities, but are not quantified directly in policy documents. For example, transit-oriented development is fundamental to preventing congestion and improving mobility in cities. However, many of the existing guidelines lack a specific measurable that guides the planning process to ensure it is well-executed.

For the Smart Guidelines, we picked six key aspects of urban systems that can be optimized with smart technologies. We also encourage cities to create open data platforms so that companies and the public can help with identifying and solving problems. Most importantly, we illustrate why it’s important to not just install smart technologies, but use these technologies to address specific challenges and then use data to monitor and seek continuous improvement.

Additionally, we identified two cities from which China can learn. The Pearl District in Portland, Oregon, U.S. is a walkable, livable district that features open space preservation, a number of green buildings, and district energy. Hammarby Sjostad in Stockholm, Sweden is another excellent example of a green city. With 50 percent of their energy produced from renewable sources, Hammarby also recycles 100 percent of its water, and has extremely low rates of car ownership due to its excellent public transit and walking and biking paths. 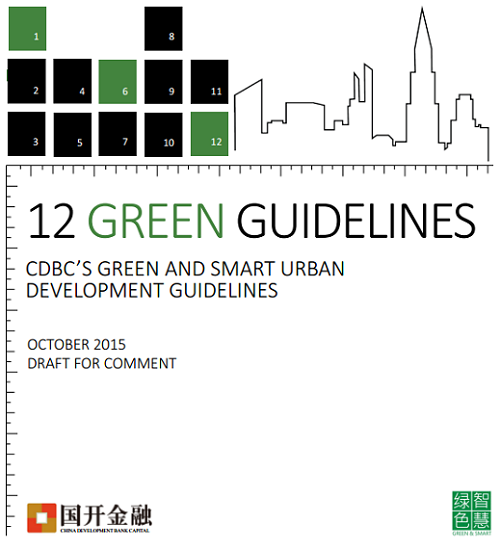 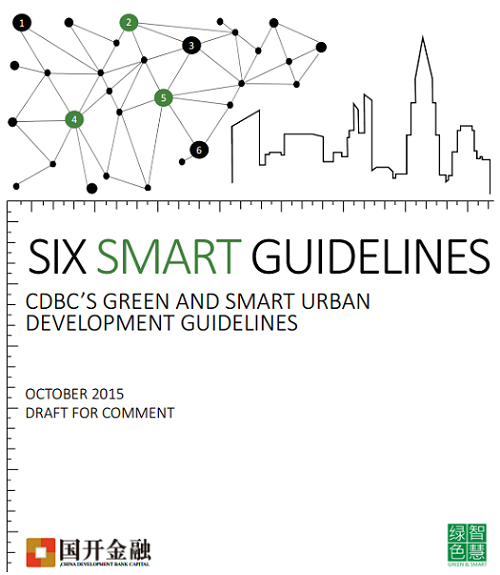 The 12 Green Guidelines and Six Smart Guidelines in English. The whole package of work can be found here in both English and Chinese.

With the release of the Green and Smart Guidelines, we saw an opportunity to engage the public, experts, scholars, builders, and all urban enthusiasts in discussions concerning China’s urban future. “Discussing Green and Smart Cities” is a collaboration with The Paper to explore the rationale underlying each of our guidelines and other relevant issues.

We hope to use this series of articles as a tool to inform and spur conversation over China’s urbanization process. These articles allow individuals from various countries and sectors to discuss challenges, opportunities, and case studies related to the guidelines. The Green and Smart Guidelines are still in a “Draft for Comment” form and we are currently asking for feedback on how to improve them.

If you have any feedback or are interested in adding a piece to our collection, please contact urban@nullenergyinnovation.org

Enter your email address to have updates from Energy Innovation delivered to your inbox.
« Paris and beyond: Next steps to a low-carbon future Trending Topics – After Paris, The State of America’s Electricity Sector Emissions »
We use cookies to provide social media features, analyze our traffic, assist you with contacting us, and help improve your user experience on our website. By clicking “OK” you consent to the use of these types of cookies. However, some system cookies that are needed for this website to work properly have already been set. Learn more in our Privacy Policy.