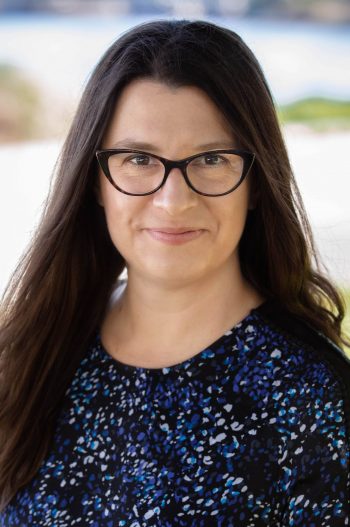 Sarah has almost twenty years of experience in campaign strategy, policy advocacy, and non-profit organizations. Before joining Energy Innovation, she was the associate director for communications and advocacy at Health Care Without Harm, where she led the organization’s work to leverage the economic, political, and moral influence of the healthcare sector for climate policy solutions at all levels of government. In this role, Sarah led advocacy efforts that helped secure the passage of major clean energy and climate legislation such as SB 100 in California and the Virginia Clean Economy Act, and worked with federal policymakers to design climate and health policy solutions. She also served on the executive committee of the We Are Still In campaign, bringing in hundreds of U.S. hospitals to support the Paris Agreement. Prior to joining Health Care Without Harm, Sarah was the grassroots mobilization manager for NETWORK Lobby and co-organized the highly successful Nuns on the Bus campaign, which has been featured in dozens of media outlets including ABC News, Rolling Stone, and Time.

She is a board member of Interfaith Power and Light, working to mobilize people of faith for climate solutions in their congregations and communities, and is also a co-author of a chapter on health professional climate communication and advocacy in the book Global Climate Change and Human Health: From Science to Practice. She is also the host of a podcast featuring interviews with mothers working to solve the climate crisis.

Sarah is a longstanding advocate for animal welfare, helping secure groundbreaking advancements in animal protection such as Massachusetts’ ballot question 3, the nation’s first statewide law to protect farm animals from cruel confinement. She earned her B.A. in political science from Westmont College and her M.A. and Ph.D. in political science from the University of Notre Dame. She also completed a certificate program in Climate Change and Health from the Yale School of Public Health.

A Bigger Tent Delivers Stronger Wins for Climate: The Lesson From Illinois

Megafires Push Forests To The Brink

More Transmission Or Local Solar? To Quickly Cut Emissions, We Need Both.

Before Another Deadly Summer, Congress Must Act To Address The Rising Costs Of Climate Change

Modeling A 1.5°C Pathway To Climate Leadership For The United States

A National Clean Electricity Standard To Benefit All Americans

How Biden Can Unleash 7.8 Trillion Investment and Create 6 Million Jobs By Expanding The Grid

Why Your Gas Stove Has to Go: Bruce Nilles on Achieving An All-Electric Future to Protect Health And The Climate

To Rid The Grid Of Coal, The Southeast U.S. Needs A Competitive Wholesale Electricity Market

Forbes
We use cookies to provide social media features, analyze our traffic, assist you with contacting us, and help improve your user experience on our website. By clicking “OK” you consent to the use of these types of cookies. However, some system cookies that are needed for this website to work properly have already been set. Learn more in our Privacy Policy.