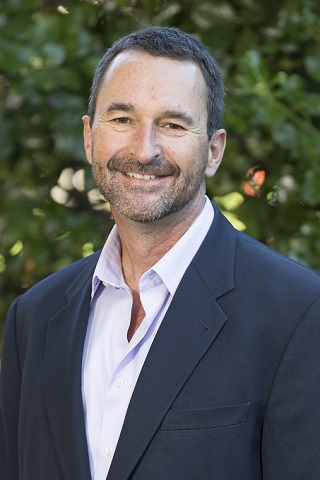 Hal Harvey is the CEO of Energy Innovation Policy and Technology LLC®, a San Francisco-based energy and environmental policy firm. Since its inception in 2012, Energy Innovation has delivered high-quality research and analysis to policymakers around the world and across a range of jurisdictions to help inform their energy policy decisions.

Hal has served on energy panels appointed by Presidents Bush (41) and Clinton, and has published two books and dozens of articles on energy and national security issues. He is President of the Board of Directors of the New-Land Foundation, a member of the Board of Directors of Fifth Third Bank, Chairman of the Board of MB Financial Corporation, Vice Chairman of the Scientific Advisory Board for Mercator Climate Center, and a Senior Fellow for Energy and the Environment at the Paulson Institute. Hal was awarded the Heinz Award for the Environment in 2016, was honored with the United Nation’s Clean Air and Climate Change Award in 2018, and received the California Air Resources Board’s Haagen-Smit Clean Air Award in 2019.

Early in his career, Hal designed and built solar homes, and built an electric car for his commute. He holds B.S. and M.S. degrees from Stanford University in engineering, specializing in energy planning.

#TheFinal5: 'The Big Fix' On Climate

A Century Ago Wind Power Was A Farming Norm. What Happened?

Climate Change Is A Big Problem. Citizens Must Demand Many Small Solutions

This CEO Wants Citizens To Speak Up

Focusing On Climate Actions That Can Make A Real Difference

The Secret Levers You Can Pull To Help Fight Climate Change

How To Defeat Putin And Save The Planet

Pathways To Net Zero In The U.S. And The Republic Of Korea

Can You Believe This Is Happening In America?

Top 10 Things We Learned About Climate Change In 2020

The Costs Of Delay

Waiting 10 Years To Start Eliminating Emissions Will Cost The US More Than $3.5 Trillion

Waiting To Address Climate Change Will Cost Trillions of Dollars

A Healthy China-U.S. Race On Environmental Protection Is Welcome

The ‘War On Coal’ Is Over. The Next Climate Battle Has Just Begun

The 40 Things Biden Should Do First On Climate Change

How To Decarbonize The Grid And Electrify Everything

“The Right Policy Can Turn Things Around”: Hal Harvey And John Doerr On The Countdown To Net Zero

Congressional Climate Plan Is A Bet Your Country Moment

This Should Be Biden's Bumper Sticker

The Case For Climate Pragmatism: Saving The Earth Requires Realism Not Revolution

With The Coronavirus, It’s Again Trump Vs. Mother Nature

Jeff Bezos, Here's How To Give Away $10 Billion To Stop Climate Change

'He Wants To Own It.' Will Bezos Buy The Climate Movement?

How Net-Zero Buildings Can Help The Climate Crisis

How We Define The Green New Deal Matters

Public Utilities Commissions: The Climate Solution You Need To Know About

Is Fighting Climate Change Bad For The Economy?

Hal Harvey’s Insights And Updates: Getting To Net Zero Emissions In The United States

Cutting Carbon In Homes: 'It Is A Head Change For People'

A Plan For Zero-Carbon Transportation

How A Zero-Carbon Grid Enables Everything

China Is Pushing Its Green Revolution For Geopolitical Reasons, Not Just For Sustainability

China Is Pushing Its Green Revolution For Geopolitical Reasons, Not Just For Sustainability

How Do We Save The Planet? Solve These Two Problems First

July Was The Hottest Month Ever Recorded On Earth

We Went to the Moon. Why Can’t We Solve Climate Change?

Solving the Climate Crisis: Drawing Down Carbon and Building Up the American Economy

Getting To Zero On Climate Change

How We Can Avoid Climate Disaster

Forget The Carbon Tax For Now

A Blueprint For Saving Civilization

Q&A: Smart Policy As The Key To A Clean Energy Economy

The Truth About These Climate Change Numbers

Despite The Paris Agreement, CO2 Emissions Are Rising Again

A Four-Zero Climate Solution On Climate One

Nuclear Industry Hopes For More Legislation In 2019, But Path Uncertain

What Made Solar Panels So Cheap? Thank Government Policy.

Was There A 'Seismic Shift' For Renewables? It's Complicated

Climate Change Policy Can Be Overwhelming. Here’s A Guide To The Policies That Work.

A Zero-Carbon Grid Is Well Within Reach

The Ins And Outs Of De-Risking Renewable Energy Investments

How To Encourage Policies And R&D For Carbon-Reducing Technologies

Climate Fwd: What The Midterms Mean For Climate Change

Perry On The Move

Surprise, You’re Governor! How Will You Fix Climate Change?

Up All Night with Rhod Sharp

What If Mother Nature Is On The Ballot In 2020?

Grants Can Create Dysfunction At Charities. Here’s A Solution.

Are Impact Investors Settling For Too Little Impact?

Hal Harvey’s Insights And Updates: A Sober Challenge - And A Clear-Eyed Solution - On Climate Change Policy

Challenging The Tyranny Of The Car In Aspen

Cars Are Ruining Our Cities

Going In Reverse On Fuel Efficiency Will Ultimately Hurt Consumers

Why A Big Utility Is Embracing Wind And Solar

Will Self-Driving Cars Usher In A Transportation Utopia or Dystopia?

The China Carbon Market Just Launched, And It's The World's Largest. Here's How It Can Succeed.

What Delhi Can Learn From Other Cities In The World?

This Is California’s Next Step To Lead On Climate Change

On Energy, Be Careful About Falling In Love

The IEA Says We're Off Track To Meet Climate Goals. Let's Refocus On The Technologies That Work.

Getting Around: How Urban Transportation And Planning Unlock The Future Of Accessibility

Economics Are Transitioning America From Coal To Clean

Energy Policy and Trump: Hope for California and Our Planet?

Clean Energy Is At The Core Of American Strategic Interests

Trump: The return of climate denial

Science and Economics, Not Politics, Will Strand Fossil Fuels

How to Land on a Low-Carbon Energy Future

Winning Strategies to Decarbonize the Economy

Hal Harvey on Why He's a Climate Optimist

Bay Area energy meeting is where climate protection gets real

Climate: How To Win

Climate: How to Win

The Hidden Consequences of the Oil Crash

The Cost of Carbon

Energy for Tomorrow 2015 - Policy and the Art of the Possible

A new business model for the electricity sector

Hal Harvey: ‘Every Decade we Wait is a Thousand Years of Pain'

How global energy is getting cleaner

The Great Reinvention of the Electric Utility

Hal Harvey, The Institute of International and European Affairs
Presentation

在城市规划中掘金 (The Profit Potential of Getting the Urban Fabric Right)

Oil Prices Are Dropping. So What?

How to design policies that can save the planet

The Great Reinvention of the Electric Utility

What is China Doing About Climate Change? - Hal Harvey

What’s next? Fear and hope: Hal Harvey at TEDxSanDiego 2013

Can Society Win the Race Against Climate Change?

A Tale of Two Countries: Renewable Energy in Germany

A New Approach to Capabilities Markets: Seeding Solutions for the Future

Paying for the great urbanization of China

Getting Cities Right in China

Policies That Work: How To Build A Low-Emissions Economy

The Costs of Delay

Sonia Aggarwal, Hal Harvey
We use cookies to provide social media features, analyze our traffic, assist you with contacting us, and help improve your user experience on our website. By clicking “OK” you consent to the use of these types of cookies. However, some system cookies that are needed for this website to work properly have already been set. Learn more in our Privacy Policy.