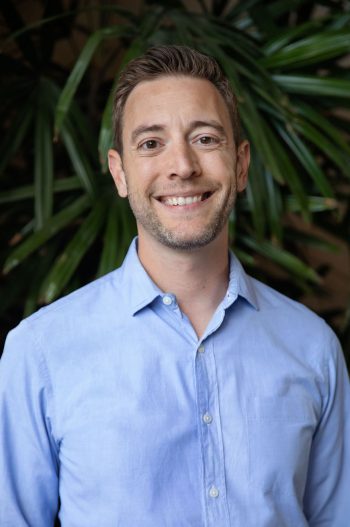 Greg Alvarez is the Deputy Director of Communications at Energy Innovation Policy and Technology LLC®, where he executes campaigns that showcase the firm’s work in traditional and digital media.

Greg has worked in climate and clean energy communications for nearly a decade, most recently at the American Wind Energy Association/American Clean Power Association (AWEA/ACP). In this role, Greg worked on campaigns to strengthen state renewable portfolio standards and to protect and expand federal clean energy tax credits. He also served as an on-the-record spokesperson for the U.S. clean energy industry and chaired a committee of renewable energy developers focused on overcoming local opposition to new wind and solar projects.

A key part of Greg’s work at AWEA/ACP involved telling the human story of the clean energy transition, traveling the country to meet with clean energy workers and neighbors in their home communities. Their stories were incorporated into nearly every aspect of AWEA/ACP’s work and served as the foundation for launching the organization’s video program. Greg also co-created and oversaw the American Wind Week campaign, which engaged over 400 local, state, and federal elected officials from 2017 to 2020.

Previously, Greg served in the U.S. Department of Justice, working to increase government transparency for the Attorney General’s office.

Greg holds an M.A. in global environmental policy from American University’s School of International Service, where his graduate research focused on communicating the impacts of climate change to conservative audiences. He also holds a B.A. in international relations and journalism from Lehigh University.

Politicians Call For 'Blue Hydrogen Power.' But Just How Green Is It?

Everyone Wants Pennsylvania To Be The Next "Hydrogen Hub"-- Buyer Beware

What Do Utility Companies Have To Say About Clean Energy Tax Credits?

Yale Climate Connections
We use cookies to provide social media features, analyze our traffic, assist you with contacting us, and help improve your user experience on our website. By clicking “OK” you consent to the use of these types of cookies. However, some system cookies that are needed for this website to work properly have already been set. Learn more in our Privacy Policy.