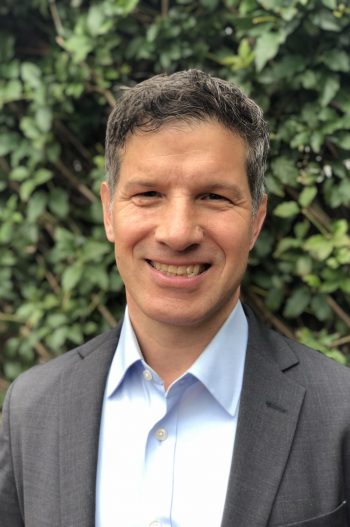 17Bruce Nilles is Executive Director of Climate Imperative, an Energy Innovation project to cut carbon emissions at the speed and scale needed to avoid the worst impacts of climate change. For the two years prior to joining Climate Imperative, Bruce was Managing Director at Rocky Mountain Institute (RMI) where he designed and launched the Building Electrification Campaign, which aims to eliminate fossil fuels from 70 million buildings. In that role, he supported the City of Berkeley when it enacted the first ban on natural gas in new buildings, which rapidly spread to 26 other cities across California.

Before joining RMI, Bruce spent 15 years building and leading the Sierra Club’s Beyond Coal Campaign, a nationwide effort to replace coal plants with clean energy. Over a seven-year period the campaign stopped nearly 90 percent of proposed new coal plants and played a leading role in retiring half of all existing coal plants. During that span he also raised $250 million to fund the campaign, and also provided strategic guidance to European allies to help them develop and launch a European Beyond Coal Campaign in 2017.

Prior to Sierra Club, Bruce was a staff attorney for Earthjustice, where he built a coalition of medical and environmental justice organizations focused on improving air quality in California’s Central Valley and argued federal court cases that led to stronger clean air regulations. Bruce spent the first four years of his career at the U.S. Department of Justice’s Environment and Natural Resources Division where he prosecuted the first federal cases targeting landlords who failed to protect children from the dangers of lead paint hazards, and later provided legal advice to agencies and Congressional staff on White House priorities related to enforcement of federal environmental laws.

Bruce is the recipient of numerous awards including the 2018 Packard Foundation Climate Breakthrough Award, and was recognized by Politico in 2015 as “one of the thinkers, doers, and visionaries transforming American politics.” He holds undergraduate and law degrees from the University of Wisconsin in Madison. Bruce currently resides in Oakland, California with his wife and two children and enjoys running among the redwoods whenever he can find the time.

Here’s How Joe Biden Can Decarbonise US Buildings

Inside Clean Energy: Here Are 3 States To Watch In 2021

Why Your Gas Stove Has to Go: Bruce Nilles on Achieving An All-Electric Future to Protect Health And The Climate

Greentech Media
We use cookies to provide social media features, analyze our traffic, assist you with contacting us, and help improve your user experience on our website. By clicking “OK” you consent to the use of these types of cookies. However, some system cookies that are needed for this website to work properly have already been set. Learn more in our Privacy Policy.