A version of this article was originally published January 24, 2019 on Greentech Media.

By Mike O’Boyle and Ron Lehr

Energy storage is surging. The U.S. Energy Storage Monitor Q4 2018 estimates that installations totaled 338 megawatts in 2018, and will grow to 3.9 gigawatts by 2023, much of it front-of-the-meter utility-scale projects.

This exponential growth has been driven by state mandates and regulatory actions (especially in California) and limited to vertically integrated utilities outside of the organized power markets serving two-thirds of all U.S. electricity consumers. Despite storage’s value to the grid, it has not found success in wholesale markets.

Recognizing these barriers, the Federal Energy Regulatory Commission issued Order 841 to stimulate access to wholesale markets. At the end of 2018, FERC-regulated independent system operators (ISOs) responded with their implementation plans.

The Energy Storage Association’s overview of these proposals, with filtered comments by effects upon possible revenue streams, provides helpful insight.

Storage can generate revenue in organized power markets in three ways: platforms, products and paydays. Because different projects tap these potential revenue streams in different ways, implementation plans for Order 841 will affect them quite differently.

ISOs conduct planning processes identifying opportunities for new transmission to improve reliability or market efficiency, and storage is increasingly being considered as a lower-cost, non-transmission alternative to boost reliability.

Here’s an example: A relatively isolated area on the grid must plan for losing a transmission line or local generator during peak demand. Rather than adding transmission or local generation, building storage can carry the local grid through an emergency. If the economics add up, the project can be built and paid on a cost-of-service basis, financed through regulator-approved transmission charges.

Storage here plays the same role as “reliability transmission expansion,” but it can also play the role of “economic transmission” — transmission built to move surplus energy to constrained areas and thereby reduce prices. This was part of FERC Order 1000’s vision, which required regional transmission operators to consider “non-transmission alternatives” in planning processes.

But only one economic storage-as-transmission project is known to have been proposed under an Order 1000 solicitation within any ISO territory today, a project located near Baltimore on the PJM grid. PJM evaluated the project, but found that it did not meet the required cost-benefit threshold and ultimately was not included in the grid operator’s Regional Transmission Expansion Plan.

ISOs have hesitated to fund such projects, because while “reliability” storage is tied to a definite grid emergency risk which determines its usage, “economic” storage requires ISO instructions about when to buy and sell power. This could challenge ISO market independence, since how ISOs dispatch storage invariably affects prices, which could make them look like self-dealing market participants.

ISO independence in these cases is preserved by combining transparent cost-benefit analysis and security-constrained economic dispatch with financial transmission rights — standard methodology for fairly moving power across transmission lines and distributing revenue from arbitraging local price differences. Markets can dispatch storage in similar ways, according to transparent optimization, and assign financial storage rights to whoever paid for storage. Like transmission, storage would become “open-access,” benefiting consumers.

While storage provides similar services to transmission, it offers additional benefits, such as improved ease of siting compared to transmission siting and permitting, which can take years to resolve, depending on the proposal’s complexity. For example, Tesla needed only six months to construct and connect a 100-megawatt South Australia storage facility providing reliability services comparable to transmission upgrades — and saving customers $40 million in one year.

The concept of storage-as-a-transmission-asset is in its infancy, focused on potential reliability asset roles. ISOs have said very little on how Order 841 will shape this potential revenue stream — but this is a space to watch.

While ISOs are uncomfortable paying for storage services through transmission access charges that passively incorporate storage into the grid, some have been receptive to storage competing to provide fixed services like fast frequency response, capacity or regulation.

But technological neutrality may not be achievable in many cases where services were defined before batteries and other clean technologies like renewables changed the game. Order 841 was meant to push open this door, but implementation plans still leave much to be desired.

Theoretically, fitting storage into technology-neutral products should be simple. But storage resources are energy-limited (they can’t convert fuel to electricity forever); they must be charged and take more energy to charge then they deliver; and they may be entirely driven by power electronics (no spinning inertia).

These differences mean existing market product definitions are often ill-suited for storage. And while most incumbent participants often provide ancillary services for just a fraction of their revenues, storage projects dedicated to a single service (such as regulation) could have their entire business model upended by simple rule changes.

Storage attributes, such as how rapidly projects can change output, their ability to reduce air pollution, or their quick and modular deployment pace, are not always valued in markets. These attributes provide grid benefits but need revised power market rules for properly valuation. The standard equivalence for utilities between batteries and natural-gas peakers seems to require a 1-to-4 power ratio (i.e., a 1-megawatt/4-megawatt-hour battery). 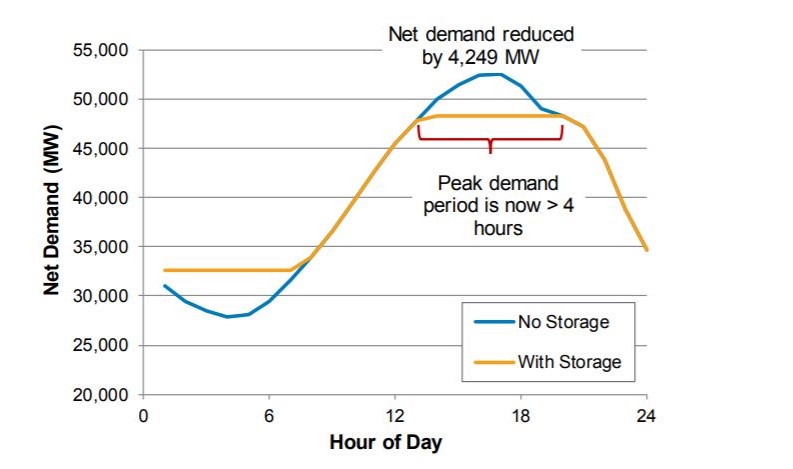 However, shoehorning batteries into definitions based on other technologies is not necessarily economically efficient — some peak needs may last longer, some may be more sporadic, and others will change over time with the economics of generation sources. A battery’s highest-value application may involve a portfolio including different power ratios. 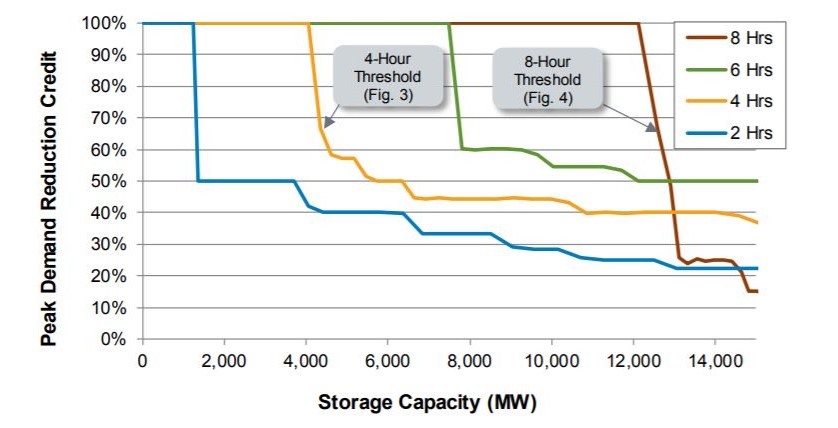 Collecting storage revenue by meeting grid needs through products aspiring for technology neutrality always depends on the fine print. Shaping these products will be an uphill battle without proactive support from regulators and market operators. As a new competitive entrant to most markets, storage — especially battery storage — is not always positioned to ensure rules properly value their services.

Consider PJM’s approach to incorporating storage into its capacity performance model. It proposes that storage systems only qualify for capacity payments if they can provide 10 hours of storage, a duration that severely disadvantages battery storage economics, even though it may provide much-needed capacity over shorter timescales.

Storage resources can avoid being shoehorned into the wrong glass slipper by directly competing in energy markets. What could be simpler than arbitrage — buy low and sell high?

Unfortunately, today’s markets don’t provide enough revenue in this way. Consider daily wholesale electricity price differentials in two ISOs with the most market spikes, California’s CAISO and Texas’ ERCOT, where crudely estimated annual revenues from buying low and selling high each day (with no roundtrip losses) come out to $10-$20 per kilowatt-hour of storage capacity per year, not quite enough to be in the money but close to the prices coming out of vertical utilities like NV Energy’s recent announcement that it will add 100 megawatts of battery storage.

The closer to a real-time market storage operates in, and the higher the power ratio, the more revenue will be available from arbitrage. For example, a battery storage unit with a 4-megawatt to 1-megawatt-hour power ratio and 20 percent round-trip losses operating in the 2017 Houston load-zone real-time market could make as much as $57 kilowatt-hour per year. This system would likely cost $300-$400 per kilowatt-hour plus some costs associated with the high power ratio, making it an attractive investment, especially with high prices expected across ERCOT in coming summers.

This contrasts other ISOs with lower price differentials and highlights the ability of energy-only power markets to illuminate where investments have the most value.

Storage has jumped from tomorrow’s clean technology to one of today’s regulatory agenda drivers, but the industry’s true potential has yet to be tapped, especially across multiple value streams.

Like many leading ISOs, New England’s ISO-NE co-optimizes energy and ancillary markets, obviating the need for participating resources to figure out which market they should bid in for the best revenues. Theoretically, this arrangement should help storage economics, but instead ISO-NE rules for ancillary markets force resources to “de-rate” (i.e., pretend they can only run at a lower power output) whenever they are bid in the energy market.

This prevents a battery from squeezing out as much output as possible during system peak because it must maintain the ability to provide a full hour of output on the back side of that peak (when it is less necessary) to satisfy ancillary market rules.

These type of issues illustrate how disruptive storage can be to existing market paradigms. As more and more storage comes online, ISOs must evolve through new rules and market structures to accommodate the technology’s potential — and better implement FERC’s Order 841 — to maximize benefits for today’s electricity consumers.

Eric Gimon is a Senior Fellow at Energy Innovation.

Subscribe to our America’s Power Plan email newsletter to have the latest Trending Topics from Energy Innovation delivered to your inbox.
« Improving Risk Assessment Of Extreme Events Across Past, Present, And Future Self-Driving Vehicles And The Environment »