This week, Energy Innovation released a brief on Germany’s energy transition, written by Hal Harvey, focusing on the country’s Energiewende and the successes and failures of its Feed-in Tariff program. In the last several years, Germany has become a global leader in renewable energy, generating about a quarter of its energy from clean power sources. However, many continue to wonder and worry about the economical and infrastructural challenges that lie ahead. This brief, “A Tale of Two Countries: Renewable Energy in Germany,” offers recommendations for Germany to address these issues to ensure that the country remains prosperous and sustainable into the future.

In the last decade, Germany’s power sector has experienced a tremendous transformation. The country has shut down almost all of its nuclear energy, reduced overall energy usage, and installed over 65 GW of renewable energy capacity, all while growing its economy and maintaining its position as a net exporter of electricity. Despite these achievements, electricity customers are concerned that the addition of variable energy sources to the grid threatens the reliability of the electricity supply, and will result in additional price increases. Additionally, the phase-out of nuclear energy may cause Germany to turn to Russia for gas imports or increase its use of carbon-intensive coal. 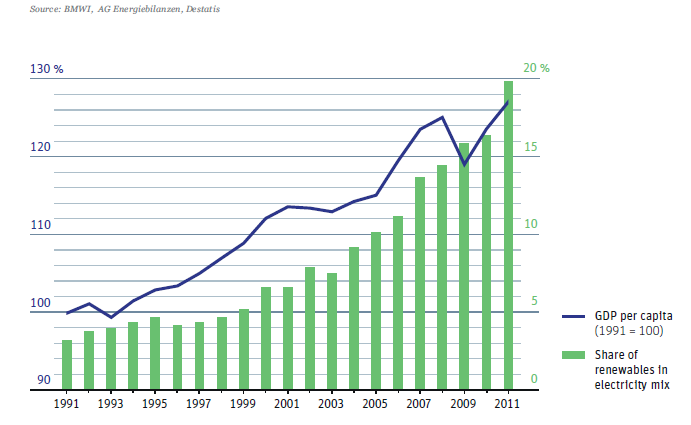 Germany’s Energiewende, or ‘energy transformation,’ refers to the country’s plan to reduce carbon emissions, lower the price of renewable energy, and rethink the power system in an economically and technically feasible way. Germany adopted a Feed-in Tariff (FiT), in which the government pays a per-kWh rate to renewable energy producers. The government originally offered a much higher FiT rate to encourage installation and drive down the cost of zero-carbon power. FiT rates have since been lowered to reflect the reduced costs of renewable energy now that the technology is further down the learning curve. 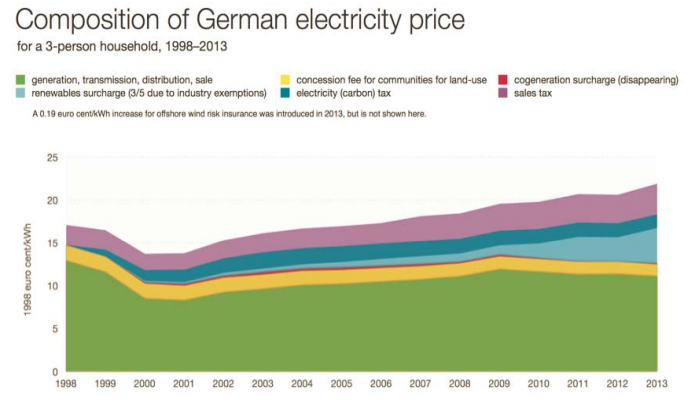 The brief suggests several future steps for the Energiewende that address the financial concerns of electricity customers, as well as concerns from electricity producers, such as utility companies. As renewable energy becomes cheaper and more widely deployed, FiT rates should continue to decline based on a pre-specified volume sold. New market structures will be needed to encourage investment in flexibility services. This involves paying operators to ramp up systems when necessary to ensure stability, as well as expanding the grid across Europe to help balance variable energy sources. Germany needs to rethink utility business models to account for the changing energy landscape. This means providing demand-side services and system optimization. Lastly, as Germany continues to shut down its nuclear plants, it is crucial that this lost capacity is replaced by clean, renewable energy sources and not offset by coal or gas.