On August 23rd, the Bureau of Land Management (BLM) closed its submission period for public comments regarding its revised proposed ruling for federal regulation of hydraulic fracturing. The ruling, “Oil and Gas; Hydraulic Fracturing, on Federal and Indian Lands,” was first proposed in May of 2012, and has since been revised to incorporate the surge of public comments BLM received on its initial version. This proposed ruling would establish regulations “to reduce the environmental and health risk that can be posed by hydraulic fracturing involving BLM-administered lands.”

Regulations in the revised proposed ruling include new standards for groundwater protection, options to increase flexibility and efficiency of land leases, and requirements for flow-back water management plans and for disclosure of chemicals used in fracking fluid. Some have argued that the revised ruling actually includes less stringent regulations than were first proposed in the initial 2012 version. For example, the revised version now allows oil companies to keep some drilling fluid components secret and allows these companies to run well integrity tests on just one representative well, rather than on all the wells in a field. Further, rather than require an audit by an independent third-party, operators would self-report their fluid components, and do so only after the well has already been drilled.1 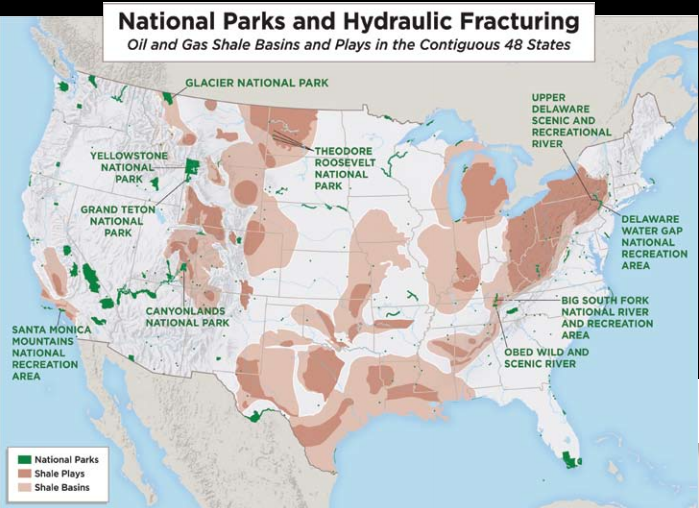 Hundreds of environmental groups and organizations support federal fracking regulations, arguing that unregulated fracking activity poses threats to public health and the environment. Additionally, many of these groups believe that even regulated activity will not do enough to protect communities from the dangers of fracking. Before the August 23rd deadline, nearly 650,000 public comments were submitted and almost 8,000 phone calls were made to the White House to call for a ban on fracking on federal land altogether. Alternatively, there are also many industry groups that oppose any federal regulation of fracking, arguing that it is costly, unnecessary, and is better handled at the state level.

Although 90 percent of wells on public lands now use fracking methods for natural gas and oil extraction, the Interior Department’s fracking regulations have not been substantially updated in over 30 years, when they were first created. The proposed ruling would establish regulations covering 700 million acres of federal land and 56 million acres of tribal lands. Of the states in which fracking takes place, several have already established their own regulations, mostly in the form of command-and-control requirements, case-by-case permitting, and performance standards.2 If the federal ruling passes, operators within these states would be required to comply with both the state and federal regulations. California’s Division of Oil, Gas and Geothermal Resources (DOGGR), is in the process of developing its own fracking regulations as well. Energy Innovation Director of Research, Chris Busch, offers policy recommendations for DOGGR to consider in his recently published paper, “Frack or Fiction.” The final decision regarding federal fracking regulations is expected at the end of this year or in early 2014.