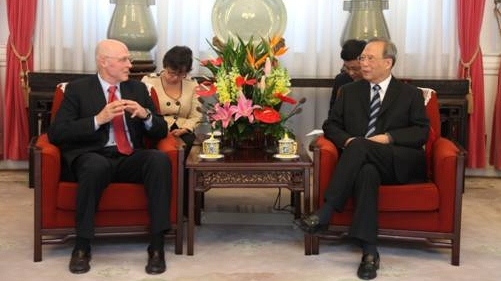 On December 4th the New York Times published an op-ed piece by Henry (Hank) Paulson discussing China’s need for sustainable urbanization as the country’s population continues to grow and migrate to cities. Paulson is former Chief Executive Officer of Goldman Sachs and served at the 74th U.S. Secretary of the Treasury during the Bush Administration. He is the Chairman of the Paulson Institute at the University of Chicago, which he founded in 2011. The Institute promotes sustainable economic growth and a cleaner environment, with a focus on projects in the United States and China.

In his recent op-ed, “How Cities Can Save China,” Paulson notes that China has not been immune to the economic downturn that has troubled the rest of the world in recent years. He asserts that the most effective method to assure China’s economic and environmental future is to create a model “that relies on consumption to generate growth, while addressing debt and broadening the use of sustainable energy and environmental practices.”

Paulson outlines several ways China can maintain its position as a leading economic force. Several of his suggestions address the country’s economic structure, such as municipal financial reform and transparent budgets, but he also mentions ways China must adjust its physical structure to accommodate for tremendous population shifts in the near future. Pollution and traffic are two of the most pressing issues in Chinese cities. Disposing of the current “superblocks” model and replacing it with smaller blocks and mixed-use neighborhoods will reduce automobile reliance, thus minimizing traffic congestion and contributing to improved air quality. Public transit systems have been extremely effective in several Chinese cities and can further alleviate pollution and traffic.

Energy Innovation LLC has recently collaborated with the Paulson Institute on several projects. One such joint effort involves the development of a City Assessment Tool, designed to educate China’s mayors about city sustainability and livability, through performance metrics involving transportation, air, water, etc.

On December 4th Hal kicked off the Paulson Institute/Fortune Magazine’s Conference on Sustainability in China, held in Beijing. The conference was intended to bring together property developers, political figures, and the media to discuss the appropriate route to urbanization in Chinese cities. Hal also served on an expert panel, “Assessing the Challenges,” discussing components of urbanization with the most potential for sustainable improvement.

China’s unprecedented urbanization rate has the potential to set the stage for the entire world as other countries continue to urbanize and grow economically. If successful, China’s effort to tackle pollution and traffic through efficient, sustainable urban planning will affect not only the tens of millions who will live in these new cities, but many more around the world who can incorporate these practices where they live.