California’s metropolitan regions are shifting away from urban sprawl and moving towards sustainable community development. This transition is due, in part, to the passing of Senate Bill 375, the Sustainable Communities and Climate Protection Act of 2008, which targets greenhouse gas emissions from the transportation sector. SB 375 is the first law in the country with the direct goal to use urban design to fight climate change.

The bill requires the California Air Resources Board (CARB) to set emissions reductions targets for 2020 and 2035 in each of the state’s 18 metropolitan regions. Each region’s Metropolitan Planning Organization must integrate a Sustainable Communities Strategy (SCS) into their Regional Transportation Plan (RTP) to discuss how they will achieve their emissions target. 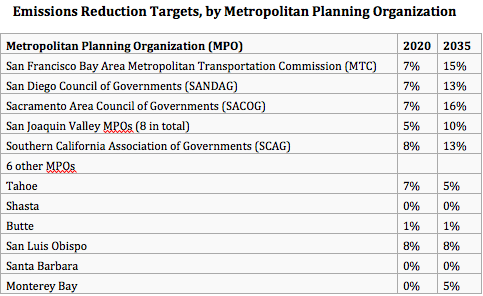 Each SCS has specific goals, based on what is relevant and important for that particular region. Southern California plans to invest $246 billion in public transportation and fund 12 major transit extension projects over the next decade. Their SCS also mentioned a 350% increase in funding for walking and bicycling programs. In achieving these goals, they expect to reduce traffic congestion by 24% per capita and create 4.3 million jobs, 87% of which would be located less than .5 miles from a transit station. 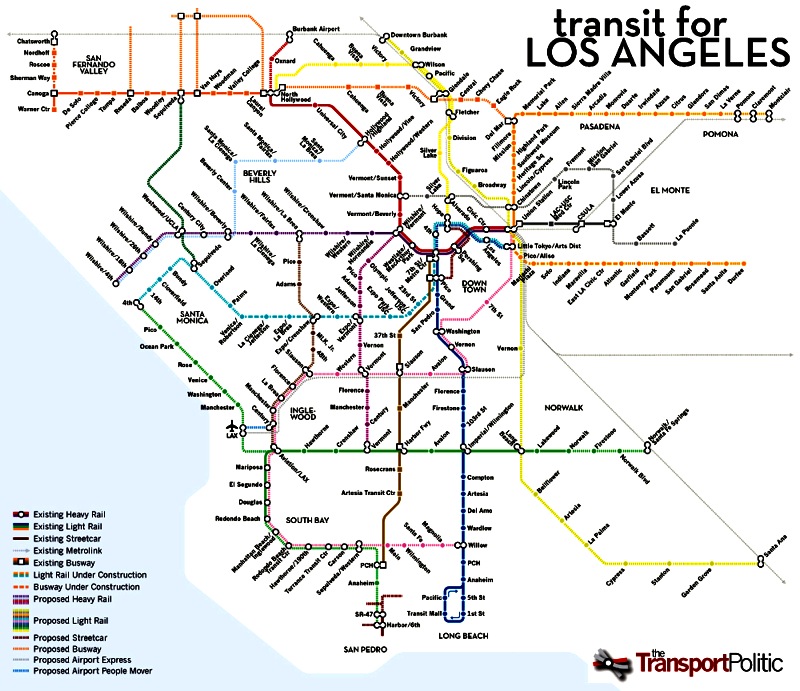 San Diego was the first region to implement SB 375 and prepare a SCS. Their goals include meeting the emissions reduction targets for their region and encouraging housing density by having 84% of new residential growth in multi-family housing. San Diego’s Regional Transportation Plan suggests funding for pedestrians and bicyclists to increase threefold from the previous RTP. The plan also includes the cancellation of two proposed lanes of highway Interstate 5 widening.

It is not only regional governments that realize the importance of developing sustainable communities; community members are supportive as well. Community members are increasingly realizing the importance of shifting to more sustainable communities. A report by the Natural Resources Defense Council discusses the results of a poll surveying Southern Californians’ attitudes surrounding regional growth and transportation. Most respondents prioritized efforts toward expanding public transit over roads and highways, and reported investment in public transportation to be the most effective solution to reduce traffic congestion, as well as investment in bicycle and pedestrian infrastructure.

As the populations of these regions continue to grow, transportation and urban development will become only become larger and more urgent issues. Savvy government policies, particularly when combined with community support, has enormous potential to create thriving and sustainable regions.