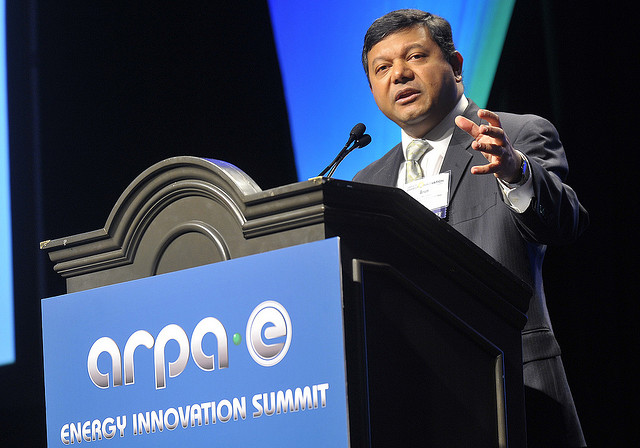 Arun Majumdar, the former director of the Advanced Research Projects Agency – Energy (ARPA-E), recently shared insights on the agency’s energy technology projects and their potential in the market as part of a lecture series for energy professionals hosted by ClimateWorks Foundation. ARPA-E was created in 2007 following the signing of the America COMPETES Act with the mission to provide funding and support for technologies that will reduce foreign energy dependence, reduce emissions, and improve energy efficiency. Arun was confirmed director by the Senate in 2009 and was the active voice behind a handful of energy research projects undertaken by the Agency. In his lecture, titled “A New Industrial Revolution: Aligning Technology, Markets, & Finance,” Arun discussed the opportunities for integrating advanced energy technology into the market and strategies used to finance such endeavors.

Arun began his lecture by arguing that the role of ARPA-E is to “translate science into quantum leaps in energy technologies that are too risky for the private sector.” The Agency provides the initial funding to help a technology develop to the point at which the private sector will take over. Arun provided the audience with a model of learning curves for energy technologies. Each learning curve is depicted with a downward slope, demonstrating reductions in cost per performance as the technology increases in scale and maturity. The “current” learning curve (for an existing technology) begins at lower cost than radical, new technologies, but future cost declines are modest. ARPA-E intends to achieve greater cost reductions by introducing ‘breakthrough technologies.’  These technologies are initially more expensive, but their cost curves show steeper declines, ultimately achieving lower cost for performance than current technologies.  Due to the speculative nature of research, many of these ‘breakthrough technologies’ will not succeed and reach the market, but those that do could change the world.  Arun’s slide depicting these cost curves appears below. 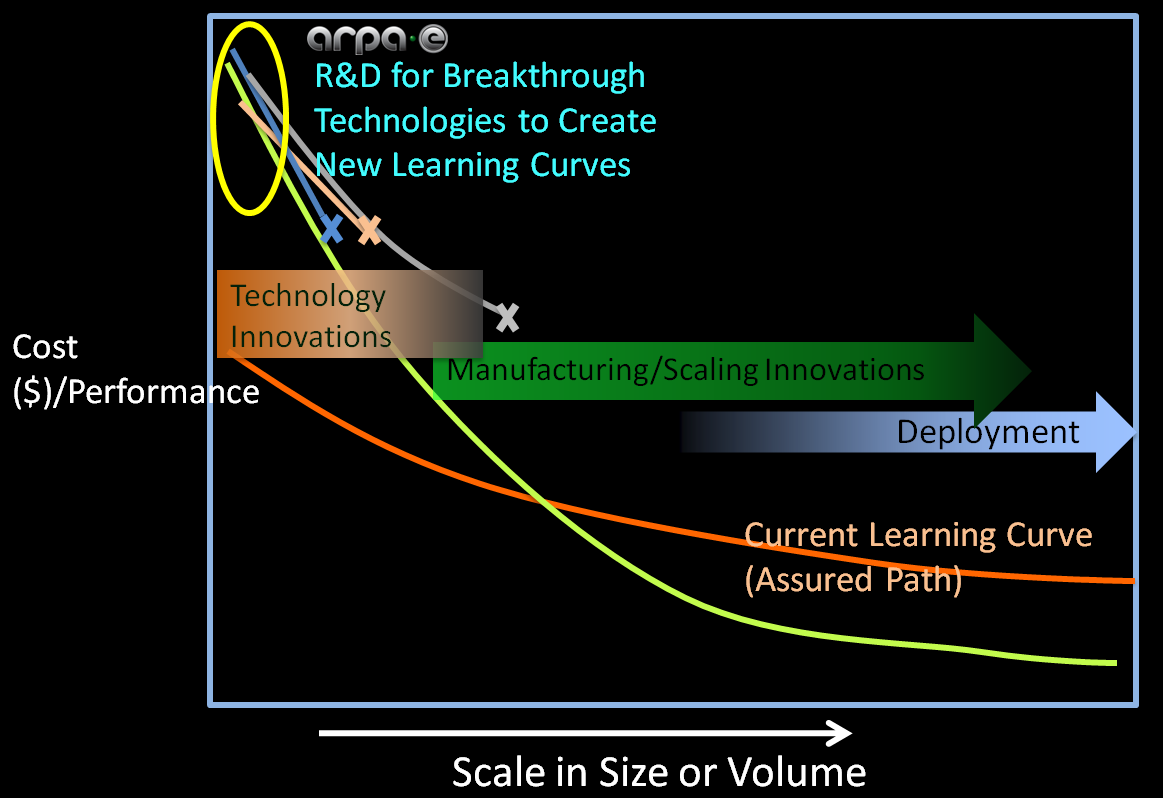 Arun discussed a handful of these technologies, including electrofuels, PETRO (plants engineered to replace oil), natural gas for transportation, and miniaturized power electronics. Each of these innovations has a common theme in that they build upon already existing technologies and systems to increase their potential. 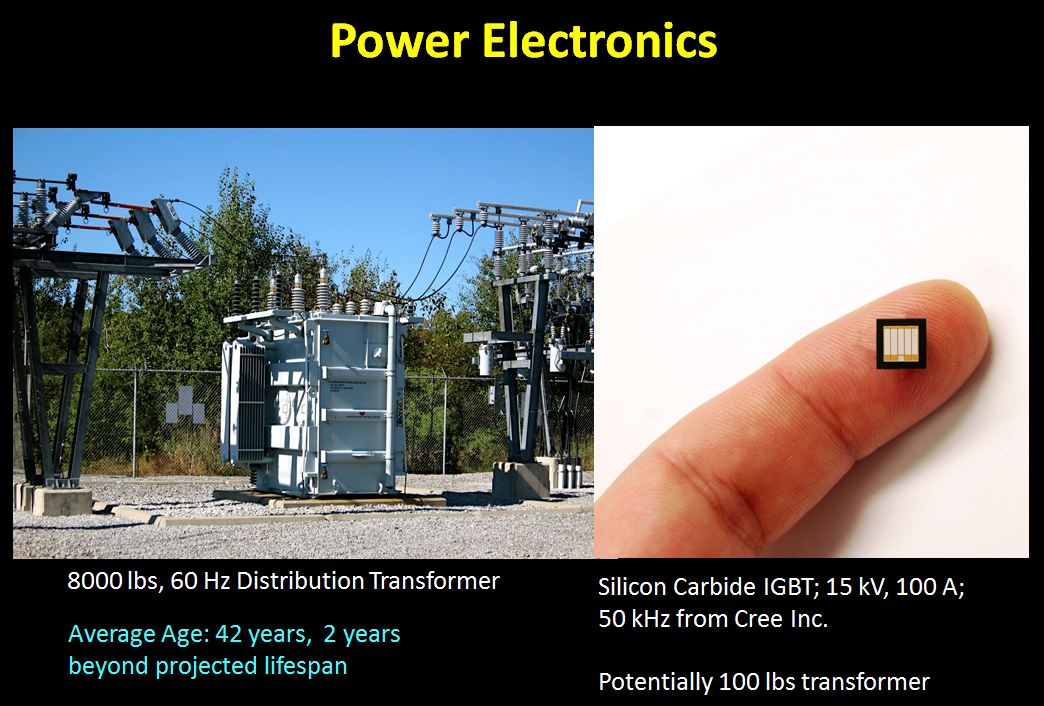 In his closing arguments, Arun discussed the ways in which these innovative technologies can make their way from the laboratory to the market.  One of the biggest challenges is transitioning strategies to induce market demand from ‘push’ to ‘pull.’ Energy standards and regulations are examples of push methods, while tax incentives and rebates for energy efficiency technologies are pull methods.  One strategy Arun highlighted is ARPA-E’s annual Energy Innovation Summit, which is intended to attract attention and gain support from the public and policymakers by showcasing some of ARPA-E’s technologies. Other strategies include expanding Master Limited Partnerships to industries other than fossil fuels and publicizing energy issues to emphasize the role the public can play in either contributing to the problem or becoming part of the solution.

For more information about ARPA-E’s ‘breakthrough technologies,’ visit their “Programs and Projects” webpage at http://arpa-e.energy.gov/ProgramsProjects/Programs.aspx